You define yourself as a social recruiting geek, networking enthusiast and amateur blogger. Speaking about career aspirations, as a kid, what did you want to be?

It’s funny but I can’t really remember! I suppose I was so focused on what I wanted to learn next, I wasn’t too fussed about where it would lead. That being said, when finishing University my goal was to become a professional translator. Even after my first recruitment project, I thought I’d get back to it. But I was too far in 😉

How did you start recruiting? Why are you staying in this sphere?

I was still studying when a friend mentioned a recruitment company looking to hire people – and so I worked in recruitment for two months alongside my studies. I never really meant to go back, as I’ve mentioned before, this was an accidental project and as much as I enjoyed it I thought I was created for bigger things 😉

But after graduation, I needed a job and recruitment was the only thing I knew. Translation was hard to get into and so I started sourcing. When I discovered how much fun it could be and how useful my background could be, I fell in love with it and simply couldn’t leave anymore.

Tell us about A Sourcer’s Perspective. How did you come up with the idea of it?

After my first ever interview as an already employed candidate, I was very frustrated. I felt the company got the role I was interviewing for completely wrong! And I wasn’t about to keep my thoughts to myself. Later on, I changed the direction and instead of focusing on my opinions, I decided the blog should be more practical. The only sourcing blogs we could use in Poland were all in English and so they weren’t really accessible to everyone. I thought I could change that 🙂

You are recognized sourcing guru. Where do you get ideas from? Who are the thought leaders in your sphere you follow yourself?

I think anyone in Poland will tell you this, we all started learning to source by reading Glen Cathey‘s blog. That was the first source of inspiration and I feel it influenced me very heavily as a sourcer. To this day I’ll come up with an idea I think is completely new and then someone will point out Glen had already said it years ago!

As I learned I discovered new people I followed to learn more about a wider variety of subjects. I tend to think about Karen Azulai whenever it comes to HR tech and “crazy” sourcing strategies. Billy McDiarmid comes to mind when it comes to marketing. I was recently extremely inspired by Joanne Lockwood who’s take on identity and inclusion completely blew my mind!

That being said there are many people I like to talk to about recruiting, not necessarily recognised as thought leaders or looking for that sort of attention. Many of them are based on Poland and some are involved in Recruitment Open Community which I’m very proud of.

You run the biggest recruitment community in Poland – Recruitment Open Community Polska. What motivated you to create it? What’s the mission behind it?

I actually got to speak about it with two other community builders last week at the Hiring Success conference. Initially (I rarely mention this part!) I was hoping to build a talent pool of candidates for the company I worked at. That didn’t work at all! I came back to the idea a year later but this time started working on it out of this need to connect with others and offer some help to sourcers who don’t get training in their companies. The aim is still to support knowledge sharing and professional development of recruiters in the country.

Recruiters get a bad reputation for a lot of things. I often hear it’s because of the low barrier to entry – and perhaps that is also a factor. But I think most people want to be good at their job and that includes recruiters. If they don’t, it’s often because they don’t know how to do it well. By offering them a support group, a place where they can look for a solution to the challenges they face and guidance from more experienced colleagues, I think we are all changing the recruitment market in Poland for the better 🙂

You train recruiters, run a bilingual blog, speak at major conferences and manage the biggest recruitment community in your country. How do you relax? Do you have any hobbies?

I actually desperately need a proper holiday I think! But I do find ways to relax on a regular basis. First of all, I love books! I say I read them but I often also listen to audio books. This year I’ve mostly been reading science-fiction, but I also like Latin American literature a lot.

I think that finding time for physical activity is also very relaxing! Actually, it was Kasia Michalak (another amazing Kasia in sourcing) who motivated me to get back to it this year. I try to start my day with a shirt workout, then find time for some walks and stretching later in the day.

And finally, I discovered this year I love cooking. I spent a month practising making dim sum and I’d like to think I make them pretty well now! It takes a long time to cook them but it’s a very relaxing activity 🙂

What makes a person a great recruiter?

Personal and business maturity combined with curiosity. I think we need to rethink the way we perceive the role of a recruiter. Very often you see people who never worked in any other job go into recruitment after graduation. Perhaps we should offer graduate programmes that allow them to spend a couple of months in different roles across the company to people who want to become recruiters? This way they could get a real understanding of different roles within the company, gain some perspective. But if we want to do this, people need to want to become recruiters first, not just fall into the industry by accident. There’s still some work to be done if we want to achieve that but I think we’re on the right path! 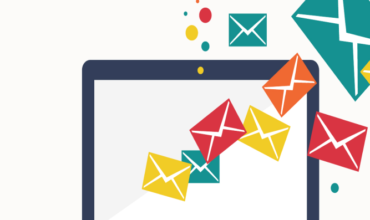 How to Automate Your Outreach to Candidates With AmazingHiring

Dear AmazingHiring fans,  We are happy to announce a new AmazingHiring solution that helps you save time on the candidate engagement better than your ATS can do.  AmazingHiring allows you to immediately interact with the relevant candidates with the highly targeted personalized messages, create the follow-up sequences, and track your outreach metrics.  Let’s dig deeper […] 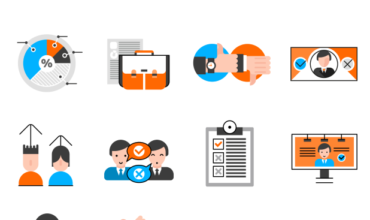 Let’s face it. Job boards suck. In 2020, there is a zero chance that top engineers will pay attention to your job listings unless you are a tech giant like Google or Facebook. Startups and even established, yet not-so-famous companies can implement the smart recruiting approach to compete for top tech talent.  But how to […] 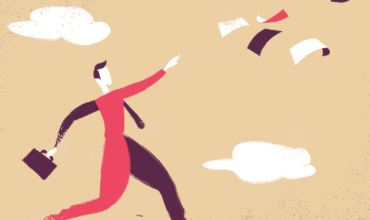 10 Ideas for Recruiters on How to Follow-Up Candidates

It’s quite obvious that following-up your candidates is a must-have for every competent recruiter. Not only after the interview is finished, but on each stage of the recruitment process. The most intriguing thing here is how to follow them up to get responses and, preferably, positive ones. AmazingHiring team has been working with tech candidates […]